This month, our character lesson is centered around Gratitude.  It’s a topic that is so valuable in our throw away, negativity based society.  It’s never about what you have but what’s coming next.  The feel good story about someone helping another is buried with 10 stories about celebrities doing terrible things to each other.  Believe me, I’m the first to admit that I fall into this same trap.  As Karate instructors, it’s so important to remind ourselves and teach our children that life is a gift and our “bad days” would be considered amazing by most people around the world.  It reminds me of a story that I heard Dave Kovar tell once at a seminar.  Mr. Kovar is a great martial artist, a super positive and high energy guy.  His story goes something like this…one day he’s backing his car out of his driveway, not noticing how close it is to his other car.  As he backs out, things get too close and his second car gets scratched.  As he starts to get really angry about the damage, he calms himself down because he realizes his biggest problem is that he scratched one nice car with a second nice car.  Things could be worse.

So as our Gratitude month comes to a close, we remind our kids to show their appreciation for the things they have.  When a parent buys them a toy, the response should be “thanks mom and dad”, not “I wanted it to be red not blue!”  Take a lesson from a gold miner.  When a gold miner wakes up in the morning, they don’t think of the tons and tons of dirt they need to move.  They think about the gold they’ll hopefully find.  Remember to stop and appreciate the gold in your life. 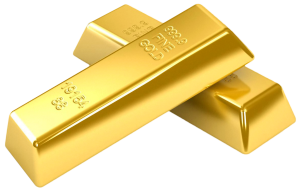